When i have seen the video clip of Governor Sindh Pakistan, he was cure from corona. he said a herb called Sanna Maki and ginger Qahwa(Adrak Kahwa) help it. . then i start doing some research.. and i am just amazed that Our Prophet PBUH also gave ahadees regarding it. here i am gonna explane in details. how to use it and if you are corona effected then its best medicine for you. within 2 days you will be fine.

1. Hazrat Asma Bint Umaiz رضي الله عنها says that Rasoolullahﷺ asked her “What do you use as a (تستمشين) (laxative) she replied “Shabram” (الشبرم) (spruge). Rasoolullahﷺ said it is hot & powerful.(حار حار), She said then I used Sanna (senna) (السنا) as a laxative (تستمشين). And she said that Rasoolullahﷺ said “If there would be cure (شفاء) for death (الموت) it would be Sanna (Senna) (السنا).
[Tirmizi: 2225; Book. 28; Eng vol. 4; Book. 2, Hadees. 2081]􀀃
Shabram (spruge) is explained at the end of this column. Laxatives are food products or medicines by which stools gets loose & easy defecation is facilitated & prevent or treat constipation.

Sanna & Sanoot, cure for every diseases: –

SCIENTIFIC BENEFITS OF IT

1. It removes constipation.
2. Increases movement of intestines (peristalsis).
3. It is useful in piles due to laxative actions.
4. Its paste can be applied on wounds & ulcers.
5. It is anti helmentic (anti worms).
6. It reduces obesity.
7. It increases appetite.
8. Useful in hypertension & increased in intra cranial pressure (brain pressure).
9. Helpful in dysentery, hepatomegaly, spleenomegaly, malaria, jaundice, gouts, rheumatism, anaemia.
10. But use in mild dose
11. Can be used in all season

Do not use in pregnancy, menstrual cycle, small children, colon cancer & etc.

Shabram [spurge] is an herb, Its Latin name is Euphoria thymifolia, Its English name is Spurge. In Arabic it is called as Shabram. In Hindi it is called as Chhoti Duddhi. (Because it contains milky latex in it, so used as a Laxative).

There are various opinions on what is Sannoot & there is difference in understanding. It may be anyone amongst the following or combination of any following:
1. Dill (sowa)
2. Honey
3. Ghee
4. Dates
5. Saunf
6. Kirmani jeera
7. Dates & honey both mixed in ghee.
8. Senna mixed in honey than mixed in ghee.
9. Sabt (sowa seeds)
10. Rai.
11. A black substance found on upper layer of stored ghee.
Among the above 11 points Dill is believed to be the Sannoot. Dill is sowa. In Hindi it called as soa or sowa or savaa & Anethum gravelens in Latin. In Marathi it is called as Shepu. In Sanskrit it is called as Shatapusha.

Sana Makki (senna leaves) is a true miracle of Allah’s creations & it is one of the valuable herbs of Tib-e-Nabwi, In Hadees of Ibrahim Ibn Abi Laila رضي الله عنه narrates that Rasoolullahﷺ says necessarily use Sana and Sanoot; because there is a cure in both of them from every disease except the “saam” someone asked ya Rasoolullahﷺ what is saam? He Replied, Death. (Reference Ibn Ma-jah Hadees: 3457).
When you take sana alone, it may creates pain in the stomach which is caused due to contraction of stomach / intestinal walls, the contraction itself results in separation of old toxins & layers of putrefied un-digested food. Prophetﷺ directed to take Sana with “SANOOT”. About Sanoot there is several opinions (1) honey. (2) Zeera (3) sonf/badiyan. So the best is to take with honey which is mixed with butter. This results into seperation of old toxins & layers of putrefied un-digested food.
It leaves are very effective laxative and purgative and are particularly useful remedy for the occasional bout of constipation and is useful for evacuation relief in cases of fissures, hemorrhoids, after recto anal operations, and in preparation of diagnostic intervention in the gastrointestinal tract. It irritates the lining of the large intestine, causing the muscles to contract strongly resulting in bowel movement in about 10 to 12 hours after ingestion and also stops fluid being absorbed from the large bowel helping to keep the stool soft. It is sure and safe even for children (over 12 years of age) and weak and elderly persons. To prevent griping pains in the intestines, it is best when combined with a smaller amount of a warming stimulant and antispasmodic such as ginger or some other suitable herb. Sana leaves are approved by the World Health Organization (WHO) for short-term use in occasional constipation. Senna is also approved in the United States and in European countries as an ingredient in over-the-counter and prescription laxative preparations. The herb is approved by the German government for any condition in which alleviating constipation or softening stools is desirable
Clinical studies suggest that Senna is effective in managing constipation associated with a number of causes including surgery, childbirth, and use of narcotic pain relievers. A study in the medical journal Diseases of the Colon and Rectum showed that Sana was able to prevent or treat postoperative constipation after proctologic surgery. The South African Medical Journal shows that treatment with sanna was successful in 93%-96% of women suffering from postpartum constipation. By comparison, only 51%-59% of women in the placebo group experienced relief. Sana is considered to be one of the more effective agents for relieving constipation caused by such narcotic pain relievers as morphine. In another study published in the Journal of Pain and Symptom Management, researchers recommended the use of sanna in terminal cancer patients with opiate-induced constipation, citing the effectiveness of the herb and it’s relatively low cost. A study published in the medical journal Pharmacology suggests that a combination of sanna and bulk laxatives can alleviate chronic constipation in geriatric patients. It is also useful in intestinal worms, rheumatism, sciatica, gout, hip pain and lumbago

1. Senna is a gentle laxative; there is healing in it for all disease except death. Best if used with Sanoot. This lesson has 5 Hadees. 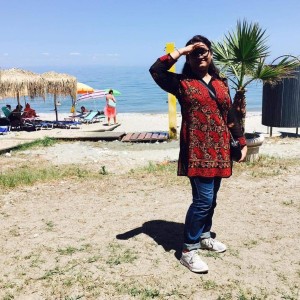 20 Easy Ways to Remove Belly Fat (without going to Gym)

How to flush Colon Naturaly??Best remedie from the kitchen of homeremedies.pk

HOW TO MAKE YOUR HOUSE SMELL GOOD WITH 20 EASY HACKS